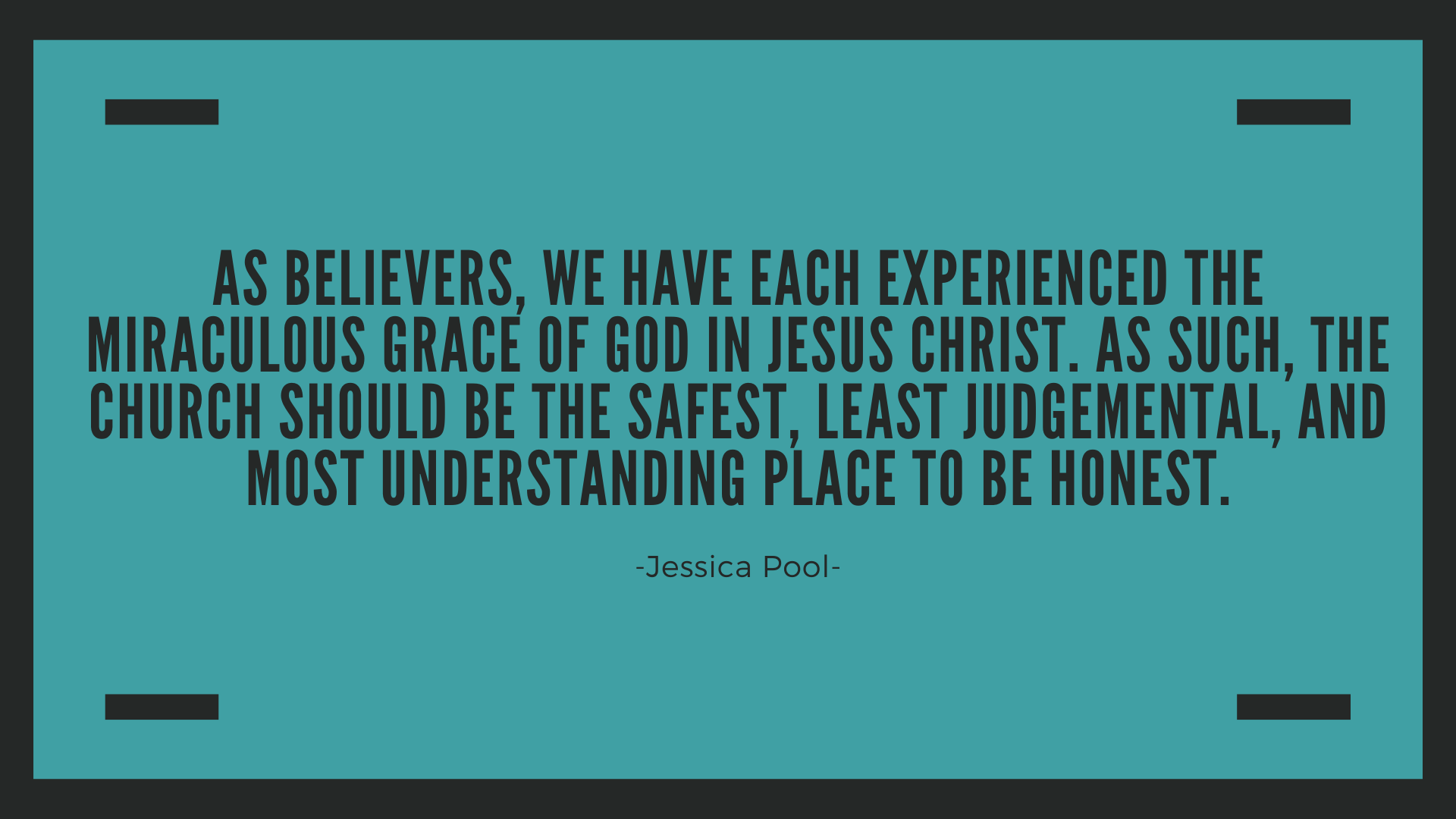 At a school I used to work at, every teacher had what we called an Advisory class, kind of a study hall/homeroom. Once a week, we did some sort of team-building activity together. For one of these activities, I took my class outside and made them stand in a circle. Then I read a list of statements aloud. If the statement was true for you, you stepped forward for a moment, and everyone would see who had that in common. The statements started out pretty bland: I play a sport. I like seafood. But as the list went on, the statements grew more serious and personal: Someone in my family has been affected by divorce. Someone in my family has struggled with depression. I’ve experienced the loss of a loved one.

As the questions intensified, the mood of the circle grew somber. My class was normally pretty silly and they loved teasing me and joking around with each other. Surprisingly, there were no jokes in the circle. They each took their turns stepping forward for true statements and watching as their classmates did the same. They were surprised to see how similar some of their struggles were. It made me think of the C. S. Lewis quote about how friendships begin with some version of this conversation: "What? You too? I thought I was the only one."

After class, a student approached me with excitement and relief and said, “Mrs. Pool! My dad is in jail...I didn’t know someone in your family had been to jail too!” Extreme honesty during a silly team-building activity had forged a bond between us, and our relationship was stronger because of it. By sharing a difficult part of our stories and practicing vulnerability, we grew in compassion and love for one another.

Some of us experience the opposite of this in church. As we fix our hair and pick out our clothes, we also cover up our failings, our flaws, our sins, and our feelings and pretend like everything is peachy. It’s like we’re trying to convince everyone that we’re not broken, we have nothing to confess, we don’t need help, and we certainly don’t need prayer. Despite the giant banner that says “All are welcome. All are wanted,” we feel the need to appear a certain way. Here’s the thing though: If we can’t be honest with our church, where can we be honest?

If you’ve ever been to an Alcoholics Anonymous meeting, you’ve heard how boldly folks speak in this setting. The promise of anonymity combined with the presence of others who understand this specific struggle frees folks up to speak openly about their failures and temptations without fear of judgment. Shouldn’t this freedom be even more present in the church?

In Ephesians, Paul writes to the believers in Ephesus and tells them that they’ve been brought into this family, that they are no longer strangers and aliens, but “fellow citizens with the saints, members of the household of God (Eph. 2:19)” who are being built together with previous generations of believers, including the apostles and prophets, into a dwelling place for the Lord. We are one big forever family! Like it or not (though hopefully, you do), we are stuck with each other for eternity!

Paul calls us to treat one another with humility, gentleness, patience, and forbearance as we grow together in maturity. While these are pretty lofty goals, Paul really lays the gauntlet with this command: “Having put away falsehood, let each one of you speak the truth with his neighbor, for we are members one of another (Eph 4:25).”

God calls us to be honest with our church family because we belong to one another.

Similar to folks in an AA meeting, we in the church are also connected by a common struggle: “You were dead in the trespasses and sins in which you once walked, following the course of this world, following the prince of the power of the air, the spirit that is now at work in the sons of disobedience— among who we all once lived in the passions of our flesh, carrying out the desires of the body and the mind, and were by nature children of wrath (Eph 2:1-3).” This is a lot more serious than the questions I asked my students, or even the struggle that connects members of AA. We were dead. Every last one of us.

But we have more in common than just that. “But God, being rich in mercy, because of the great love with which he loved us, even when we were dead in our trespasses, made us alive together with Christ—by grace you have been saved (Eph 2:5).” Though we were dead, God made us alive. There was not a single one of us more dead than the others; we were each just as dead, just as hopeless, just as helpless as anyone else.

As believers, we have each experienced the miraculous grace of God in Jesus Christ. As such, the church should be the safest, least judgemental, and most understanding place to be honest. Church, we’ve got to repent of our pride and be willing to be honest with each other. We can’t keep faking it and acting as if we have it all together. We all have weaknesses. We all struggle with sin. We all fail. We all need prayer. Let’s drop the pride, own up to our failings, and be honest with each other. Confess your struggles to your community group. Ask your brothers and sisters to pray for you. Ask for help through our LovingWell ministry. If we’re going to grow in true gospel community, we’ve got to be honest with one another.

Is it scary to tell the truth sometimes? Absolutely. But freedom is found when we bring what’s in darkness into the light. We are members one of another. And here’s the goal: “speaking the truth in love, we are to grow up in every way into him who is the head, into Christ, from whom the whole body, joined and held together by every joint with which it is equipped, when each part is working properly, makes the body grow so that it builds itself up in love (Eph.4:15-16).” Church, let’s be honest with one another and work together to build the church up in love.